I got a really nice wake up moment today. Like most things, in retrospect, it’s clear as day. It was also a reminder to me that, my experience, shouldn’t have an overwhelming impact on what I design. It’s a dance really, but I’ll leave that for another day.

If you came across my post Day 38 - Growth Tribe, this is a follow up, so go back and read that first. I received two sets of feedback on the product I created. One of the participants had feedback that I believed positively impacted the “closing ritual” report I made for the participants. It was heartwarming and helpful to hear that the report made the implicit explicit, that there was just enough information to not be overwhelmed, and that I led their reflection for the future with questions. They observed that it would be helpful to have more in terms of action oriented actions, and a process whereby they can keep going. So I included space to take notes, attached a printable sheet for their 6 minute morning ritual, and broke down their goal into 8 weeks (sound familiar?)

All good so far, then I decided to ask my sister, the oracle of the black mirror youth, who in her mid 20s, is aware of all things social media compared to me. Since I’ve heard good things about this process, where people reflect on their leadership, their path forward, their goals, and are bolstered by others who have a similar interest, I thought well, why wouldn’t someone younger jump at this chance.

Then I remembered myself, I’m not sure when my cognitive leap into reflecting and observing my actions deeply happened. But I do recall a time when I let outside influences muddle or mute my way forward, that I used to coast, used to be ok with being ok. The only thing positive I can recall, is that I wasn’t at the least consumed by consumerist culture, brands, the must have toy, gadget, or fashion of the day. I by passed that stage, because I used to ask why. I just didn’t focus that indifference to consumerism internally, and I didn’t ask why I was ok with being ok.

I know, there’s a post I wrote sometime back about mediocrity (Day 22), but there’s something even worse, apathy, and that’s what a majority of my youth was wasted on.

So here I am thinking, you show up online, you can do it on your phone, which is glued to your hand, and you can be the better for it, what’s not to love. My sister quipped just as quickly, “This sounds great, for you know, older people”. After that ego inflation earlier that morning, it was demoralizing to hear, that this wouldn’t even hit the radar (yea I’m old, I’m sticking with old technology, no gps here; fun fact, radar was discovered by mistake and ignored the first time around) the radar of younger folks. So of course I asked what are they doing now that’s so important. Lo and behold, it’s the same thing kids my age were into, well not completely, but it surprised me to learn that healthy lifestyle living is the thing today. Whether it be going to the gym and taking photos of you there, or eating vegan and taking photos , or even fashion meetups. I lost you there didn’t I, yea that’s a thing. What I remember being copying the popular kid’s fashion trend has turned into a social media fueled get rich or implode trying lifestyle.

This is how it goes, you have fashion meetups where people talk about the latest influencer to follow, what clothes are getting noticed, how to stay consistent, who to collaborate with, consistently posting yourself in different fashionable attire, exchanging clothes with your fashion group, returning clothes after ordering them online, and a whole lot of things that will one day lead to, drum roll please (still old), getting discovered!

What does that mean? More followers, leveraged into sponsorships, free trips, which leads to more followers, for more sponsorships, for...you get the idea. But I countered, there has to be a dip, queue explanation of 2008 depression. Here’s how she explained it, once they achieve the status they just need to coast, keep consistent, and the mill of sponsorships will keep you afloat.

Incredulous, I countered that once in the jaws of Charybdis, there can only be one result, queue side trip into Greek mythology. She clarified that there are people, who do get famous, from one viral video, who shoot into stardom, and don’t really know what to do to either keep it going, what the masses want, or who they are without it. There’s a feeling of being left behind, of failing to keep up, that you need to stay relevant to the click and dip (disappear) tribe of followers. Lightbulb! Maybe these are the people I need to target, who better than an regular person, thrust into conditions they weren't prepared for, to undertake a reflective process, with peers, whether it's those who are coasting, those who were sun dried, or the ones trying to figure out what next. These social media, currently darlings are definitely in a better place than I was when I was their age, they're aware of the power of ego. So I asked my sister the million dollar question.

What would they pay for this? $90...I tried to coax some more from her.

No, for everything, or at least, 3 workshops, one reflection meeting after the 8 week period, and the report.

$90? That's it? But how much do they spend on the gym and being vegan?

A lot more, she quipped, on a night out at the bar, movies, or shisha. Maybe they'll spend $150 max on this, because they're not about this. Ain't nobody got time for this.

...I didn't, especially when I was single, so I shouldn't be surprised. Maybe we spend so much time trying not to be single in our younger years, because it has it's own stigma, that we forget what it was like being an individual, when we're older and trying to explore the meaning of self in the concurrent contexts of work, family, and close relationships.

And since you've read all the way here, you get a free poster! Print it out and use it in the morning 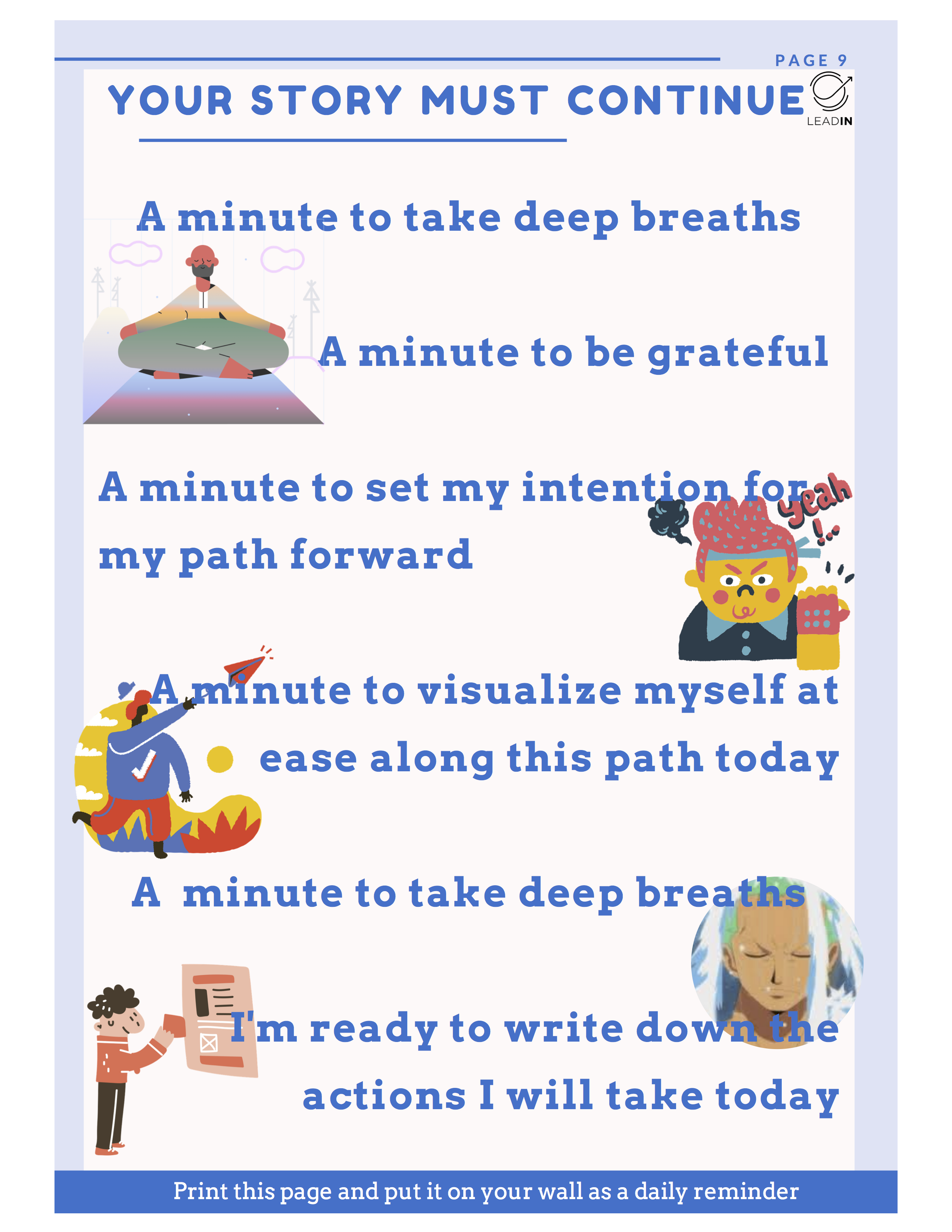 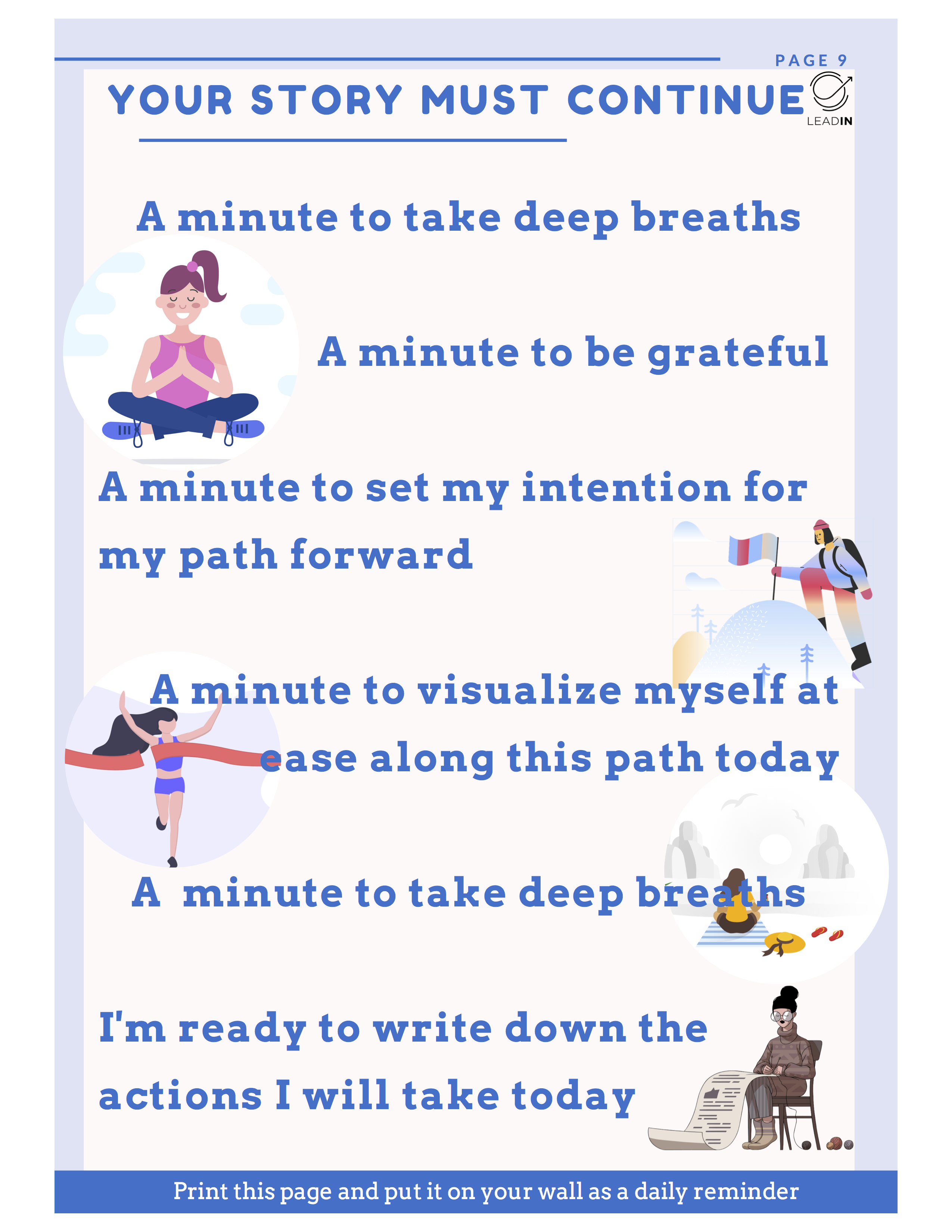 I skipped a few months, little dude is almost 4 months old. I have not had the time time to record any podcasts for my future dads club. Each episode I tackle one question, and my friend had a good one. He wanted to know how the bonding was going with little dude. Time flew by so quickly that I hadn't had time to note the growth of his little personality. It's interesting how much of my time and my wife's time is spent on just keeping this guy alive. So much so that I am not sure we are doin...
Read more...