The Futuredads.club podcast was featured this week in the Middle East Podcasts Newsletter! We had an additional 4 listeners! I think...because the stats on Anchor aren't great so it's a pot shot.

I also had an Arabic parenting podcast reach out and appreciate what they heard, with a possible collaboration possible in the future. I'm not sure how that'd work, my Arabic is super colloquial and probably isn't refined enough for a medium that requires clarity. Which is something I'll need to work on, if lil dude has any hope of picking up a second or third language.  I was sharing with my, the awesome Adnan that English is a sort of viral language, it's ubiquitous and therefore easy to slip into.

It's also been a strange rollercoaster of a week, with some long awaited client work dissipating for no good reason.  No, that's inaccurate, every decision someone makes has a reason, it just isn't one I'd agree with. In this case, I think the issue may be a single person prioritizing status over service and undererstimating the client's challenge. Unfortunately, anyone selected to walk into this, isn't privy to this information, and were they to accept the work, would stumble a bit more than they planned for. This is a reality of freelancing I don't find myself enjoying. However, I can't imagine myself engaging in work under conditions I've purposefully stepped away from. 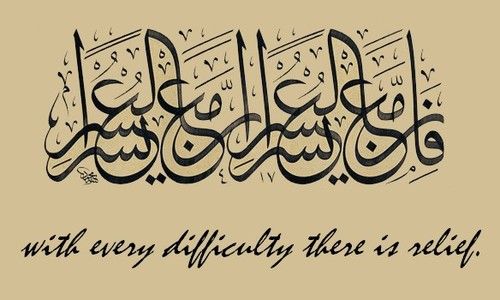 Which is why I take solace in the above Quranic verse "With every hardship comes ease" My friend Adnan, had mentioned that I, when ready, could utilize the power of print, and submit the podcast to parenting magazines, and other media in the region, because they're always content hungry.  I think in the glut of online media, I forgot how finite the spaces of a page are, and that if it does reach enough eyes, some future dads might also reach out, and want to share their stories.

It might not reach as many people as work I would have done on the project I wanted to participate in, but I hope, the few that it does, would maybe think through their own path to being a future dad, who wants to be a present dad.

I'm getting a taste of what it'd feel like to have a night that ends late because of meetings, and having to find time for food and to eek out time write after feeling drained. I've seen it argued that writing is best in the morning, when the mind is fresh, and your subconscious has had time to process what you loaded it with the night before. I'm happy to say my mind is most blank in the morning, I don't think I've ever been a morning person, there was that one time I was terrorized by a mana...
Read more...